So, today was World Wide Knit in Public Day (or at least, the start of WWKIP week) for 2010.  We had a little meet up and knit in Princes Park in Eastbourne to mark the event – there were just four of us there in the end, but we had a good time.  Or I did, anyway.  I hope everyone else did! 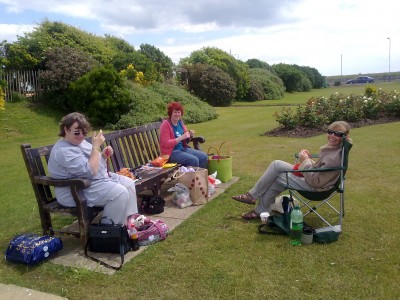 We were there from 11am to 3pm, and as well as getting on with knitting and crochet of our own, the heel section of BigSock was cast on!  A mere 500 stitches at its narrowest point, should be a doddle.  Hah! 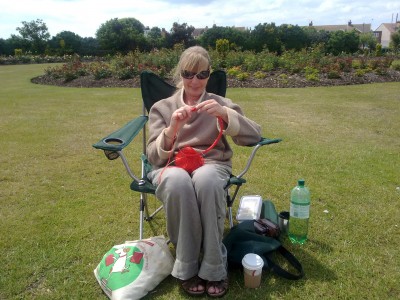 Of course, I didn’t get any of my jumper done… and what I did get knitted of my clapotis is probably going to have to be ripped back because I seem to have gained (or lost) a stitch somewhere!  I’m out one, anyway.  Oh well.