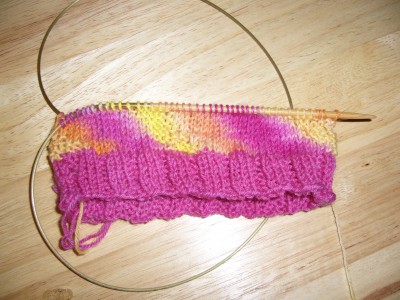 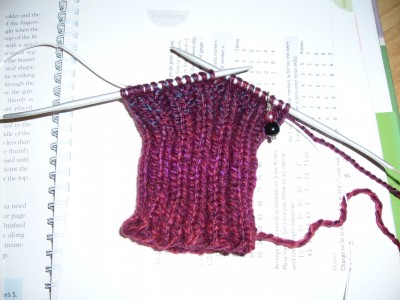 Bipolar UK is the new name for what used to be called MDF: The Manic Depression Fellowship. I think the new version is more succinct, don’t you?  They’re launching a campaign which will hopefully become an annual event:

A public education campaign, Bipolar Awareness Day will be launched on Wednesday 27 June 2012 by Bipolar UK, the Royal College of Psychiatrists and Bipolar Scotland.
– Quote from Bipolar UK

Approximately 1% of people in the UK have bipolar – that’s 1 in every 100 people, remember.  So even if you don’t have a close friend or family member who’s affected, it’s very likely that someone you’re acquainted with – a work colleague, or someone you went to school with – is living with bipolar.

Bipolar UK are planning to focus on one aspect of the condition every year.  This year it’s the fact that most people take around 10 years to receive the correct diagnosis.  That was certainly the case with me.

Anyway, go and check out their shiny new site if you’re interested, and find out some more information about the campaign there.

The hot weather is continuing, and now it’s got to the point where it’s really too hot to sleep at night.  Not so much fun.  Especially with a cat who’s determined to plaster himself against you!  Ugh.  I didn’t even go out today, but stayed inside knitting (my Clapotis is very very nearly done, yay!) and doing housework, all while listening to podcasts.

I was really quite productive though, which is good.  I’m tired now, yes, but the house is clean, and I’ve managed to file away (or recycle) a whole load of paperwork that had been lurking.  I can even use the dining room table again – it had been covered in said piles of paperwork.  I have every intention of covering it up again, as I want to finally sew up my Menace jumper.  Now that I’ve got started with the filing, I’m planning to carry on tomorrow.  Because yes, there is more.  I need to go through my files, too, and shred all the older stuff.  I should ask Mum to bring her shredder up when she comes over to help me consign stuff to charity donations.  My filing cupboard definitely needs some paring down.  Hah, so much for spending more time on the beach – I’m thinking up excuses to stay in out of the heat.  I get a lovely breeze blowing through my flat most days.  But I really must get out as well.  Maybe later in the week.  Too tired to think about it now.  Zzzzzzzzz.

I can’t remember if I blogged about this already, but there’s a Pirate Day as part of Old Town Carnival Week at the beginning of August, where they’re trying to get as many people dressed as pirates gathered together as possible, with the goal of breaking the world record.  I intend to to along and join in – should be fun!  There’s going to be other piratical stuff going on as well.  Food, and music, and so on.  And of course a Treasure Hunt, though I suspect that’s for kids!

Of course, I’ve got to find something appropriate to wear.  I understand there are certain dress code rules that you have to follow to be considered one of the official pirate crew, though I don’t know what that is yet.  I must have some basics that I can wear, though.  I’ll have to have a rummage through my things.  I need to have a clothes sort-out anyway, and send some stuff off to the charity shop.  I should call my Mum and find out if she’ll be free to come and give me a lift over there so I can take all my donations at once.

So, rather later than I’d originally intended (July, where did you go?!), I have signed up for this year’s Blogathon.  Which is this coming Saturday and Sunday, 25th-26th July.  What does that actually mean?  Well, I’ll be blogging an entry every half hour (or thereabouts) for 24 hours, starting from 2pm Saturday.  It’s for charity, and like the last time I did this two years ago, I’m blogging for MDF the Bipolar Organisation.  They are a marvellous organisation which I’ve been a member of for a few years now, and as their mission statement says, they work “to enable people affected by bipolar disorder / manic depression to take control of their lives”.  That includes supporting and funding self-help groups around the country, running courses, providing information and advice services, increasing awareness of bipolar, and much much more.  In short, a really worthwhile charity.

Now comes the begging part: I need sponsors! The way the Blogathon works is, if you’d like to sponsor me, please please click through and make a pledge on the Blogathon site (you can either click that link, or the banner above and then look me up on the Blog List).  You can either sponsor me for a lump sum for completing the ‘thon, or for every hour.  Once I’ve completed then ‘thon, you’ll get an email from the Blogathon site letting you know, and giving you the link to make a direct donation to MDF.  Easy-peasy!  MDF doesn’t have a minimum donation amount, and even a pound or two goes towards providing important services.  Donations are handled via Paypal, and even if you don’t have an account you can use your credit or debit card.

I know this is a little late in the day, but hopefully someone will be able to chip in.  The Blogathon people did a Charity Spotlight on Medical, Health and Awareness charities, listing the blogs who don’t yet have $10 sponsorship.  I’m one of them!  (Thank you for the publicity Blogathon people – now I’m doing my bit!)  I would rather like to break that ceiling if I can, at the very least.

Anyway, let me know if you happen to be Blogathoning too, or if for any bizarre reason you’re going to be up all night Saturday – I’ll be signed on to every chat thingy I have.  And look out for a new site design: I’m just in the process of putting one together and it should be up before the ‘thon starts.  Which might be famous last words, of course.  I’m also intending to come back tomorrow and tell you what I’m going to be blogging about – this is another thing I’m leaving way too late, but I wanted to ask for questions about bipolar that I could answer during the ‘thon.  Mainly because I was thinking that rather than writing one enormous long post about it that takes too long (I have to post every half hour, remember!), doing a question or topic at a time would break it down better. And I can do other stuff in between.  But that’s for tomorrow!  Which is now technically later today.  Good night!