It’s my blogoversary (or my blog’s blogoversary, or whatever) today, and slightly scarily it’s now 13 years old. I’m expecting hormonal tantrums with it banging around the house and yelling that it hates me any day now.

They grow up so fast!

And now that I’ve remembered to post here again today, I shall have to make some effort to blog… well, if not regularly, then at least more often. I’ve had quite an eventful few months, so I dare say I’ll be rambling on about that.

It’s my blogoversary today – eleven whole years since I started this blog!  It’s gone through some changes in that time, of course.  Webby tech has advanced and all that.  And of course I haven’t been able to blog steadily throughout the whole time.  But the last eleven years have been fairly definitive for me in a lot of ways, so I’m glad I never seriously thought about closing the blog down.

So, happy birthday, blog, and here’s to many more years… but first let’s see if I can re-establish the blogging habit during 2012! 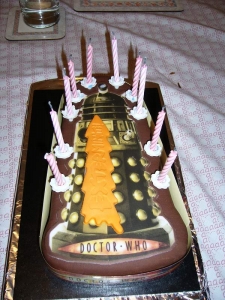